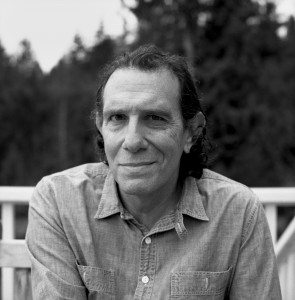 When I began writing and teaching about sexual abuse in the late eighties there was little material available from which to glean those first putative steps on the journey. At that time it was assumed that informing people about the diabolical damage of abuse would decrease the likelihood that it would continue to occur at the same rate, and I wanted that outcome with a passion.

I have learned a lot in the past twenty-five years. Mostly I have learned from my clients. I have also gleaned an immense amount of understanding from fellow professional and lay therapists who continue to lean into darkness that most fear to name, let alone enter. While I am encouraged by the advances that have been made in bringing the reality of sexual abuse into the light, I have seen the culture flip from massive denial to indifferent minimization. In spite of the growing body of research that underscores how one abusive moment can shadow a human life for decades, date rape, sexting, pornography, unwanted sexual advances, sex when intoxicated or stoned, groping, and other behavior that is sexually suggestive, demeaning, or harassing have become so common that in many people’s minds they hardly warrant being called sexual abuse.

In reality, our day is vastly more adversarial, opportunistic, shallow, and violent than ever before. Abuse often creates a twenty-eight-car pileup with massive debris, bent metal, and wounded victims. It spirals into generations. It sinks into the depths of the heart. I believe there is value in writing a twenty-five-year retrospective because so much new data and research have enhanced our understanding of the nature of the harm of abuse and trauma.

For example, we understand the human brain better; it’s as though we have landed in the new world and discovered the first few miles of a vastly unexplored continent. We are clearer about the need to involve the body in the process of addressing the by-products of abuse, especially dissociation and triggers that prompt addictive behavior, sabotage, and self-harm. The role of the Internet, pornography, and post-traumatic injury to the body and soul are understood today in ways they were not twenty-five years ago. Most important for me, I am clearer about the work of evil—both human and in the unseen realm of spirits—in the design and devastating consequences of sexual abuse. As disconcerting as it may be to some to be asked to consider the realm of foul and dark spirits, it would be cowardly for me to ignore that dimension.

Listen to Dan’s Interview on SBE