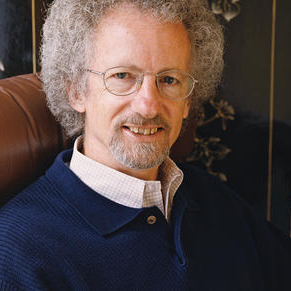 As a Christian, I have deep concern about how we represent our faith to others. We are called to proclaim good news of forgiveness and hope, yet I keep coming across evidence that many people do not hear our message as good news.

The United States is undergoing a marked change in its attitude toward religion, and Christians here face new challenges. If we don’t adapt we will end up talking to ourselves in ever-dwindling numbers.

I got some insight from a friend of mine in Chicago who once worked on the staff of Willow Creek Community Church, one of the nation’s largest churches. Daniel Hill took a side job as a barista at a local Starbucks where, he now realizes, his pastoral education truly began.

One of his customers said, when the conversation turned to religion, “When Christians talk to you, they act as if you are a robot. They have an agenda to promote, and if you don’t agree with them, they’re done with you.” Often Hill heard an anything-goes attitude: “I don’t personally follow Christianity, but I figure whatever makes you happy, do it.” As one person told him, “Look, we all know that ‘God’ is out there at some level, but no one has a right to tell another person what ‘God’ looks like for them. Each person is free to express that however they want, but they should keep their opinions to themselves.”

During his time at the coffee shop Hill heard two distinct approaches to the faith. “Pre-Christians” seemed open and receptive when the topic of religion came up. They had no real hostility and could imagine themselves connecting with a church someday. In contrast, “post-Christians” harbored bad feelings. Some carried memories of past wounds: a church split, a domineering parent, a youth director or priest guilty of sexual abuse, a nasty divorce which the church handled clumsily. Others had simply absorbed the media’s negative stereotypes of rabid fundamentalists and scandal-prone television evangelists.

Listening to Hill’s stories, I thought back to C. S. Lewis’ analogy of communicating faith in secular Britain. It’s the difference between courting a divorcée and a virgin, Lewis told a friend in a letter. A divorcée won’t easily fall for sweet nothings from a suitor — she’s heard them all before — and has a basic distrust of romance. In modern America, Hill estimates, around three-quarters of young “outsiders” qualify as post-Christian, the divorcées of faith.

Jesus granted his followers the immense privilege of dispensing God’s grace to a thirsty world. As one who has drunk deeply of that grace, I want to offer it to a world adrift. How can we communicate truly good news to a culture running away from it?

Jesus “came from the Father, full of grace and truth,” wrote John in the preface to his gospel. The church has worked tirelessly on the truth part of that formula: witness the church councils, creeds, volumes of theology, and denominational splits over minor points of doctrine. I yearn for the church to compete just as hard in conveying what Paul calls the “incomparable riches” of God’s grace. Often, it seems, we’re perceived more as guilt dispensers than as grace dispensers.