I've been listening a lot lately.

Characters in books, adult women, teens – we all have this in common: we like to talk about each other. This isn’t news, is it?

If I’m being honest with myself, I can confess to anyone that I am cracked, flawed, and broken without the hope of fixing any of my flaws all by myself. To be sure, there are many tools I’ve used over the years to help heal the areas of my life that have seen damage, but ultimately, as a woman who puts her hope in Jesus Christ’s finished redemption, I believe that God is the only true healer here.

I also compensate for my overly-nerdy, introverted, “gifted”, think-too-deeply, live-inside-my-head tendencies by talking far, far too much. Dead conversational space makes me physically queasy, and I cope by talking. By saying what could be said in 5 words with 105. Only the most patient of friends put up with me (and that’s like two).

In all the recent listening, I’m learning about other women what I have missed in a thousand conversations I’ve listened to before. We are all cracked, flawed, and broken.

That uppity woman who needs for all the other women to know how much money she makes or that she writes her thank you notes on Crane stationery and bought her boots at Berdorfs? She’s probably wildly insecure.

That teen who heartlessly puts down all the other teens around her and surrounds herself with a friend or two who giggle at her insults and snide remarks under her breath? This is an obvious one, isn’t it? She’s so insecure in who she is becoming that she’s creating a wall no one else can penetrate. She’ll have to spend the rest of her life tearing it down, brick by brick.

That overly-chatty friend who seems to talk endlessly about the things going on in her world in profuse abundance and droll detail? Well, that would be me, and I’m trying to compensate for my own social ineptitude.

How does it change us, as women, to realize that the woman sitting next to us at the swim team parent meeting is just as cracked, flawed, and broken as we are? How does it alter our view to realize that she is compensating, too: for a failing marriage, for a lack of love growing up, for her personality that isn’t endearing or funny or “winning”?

Here’s the charge: Let’s love each other well. Let’s be the brave women who smile tenderly and openly at the woman chattering incessantly next to us. Let’s be the generous hearts who see past the exaggerated accomplishment stories and bragging about children, who reach out and say, “I’m cracked, flawed and broken, but I can be your friend.” 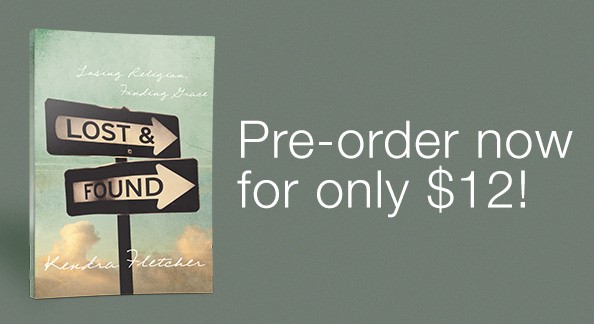