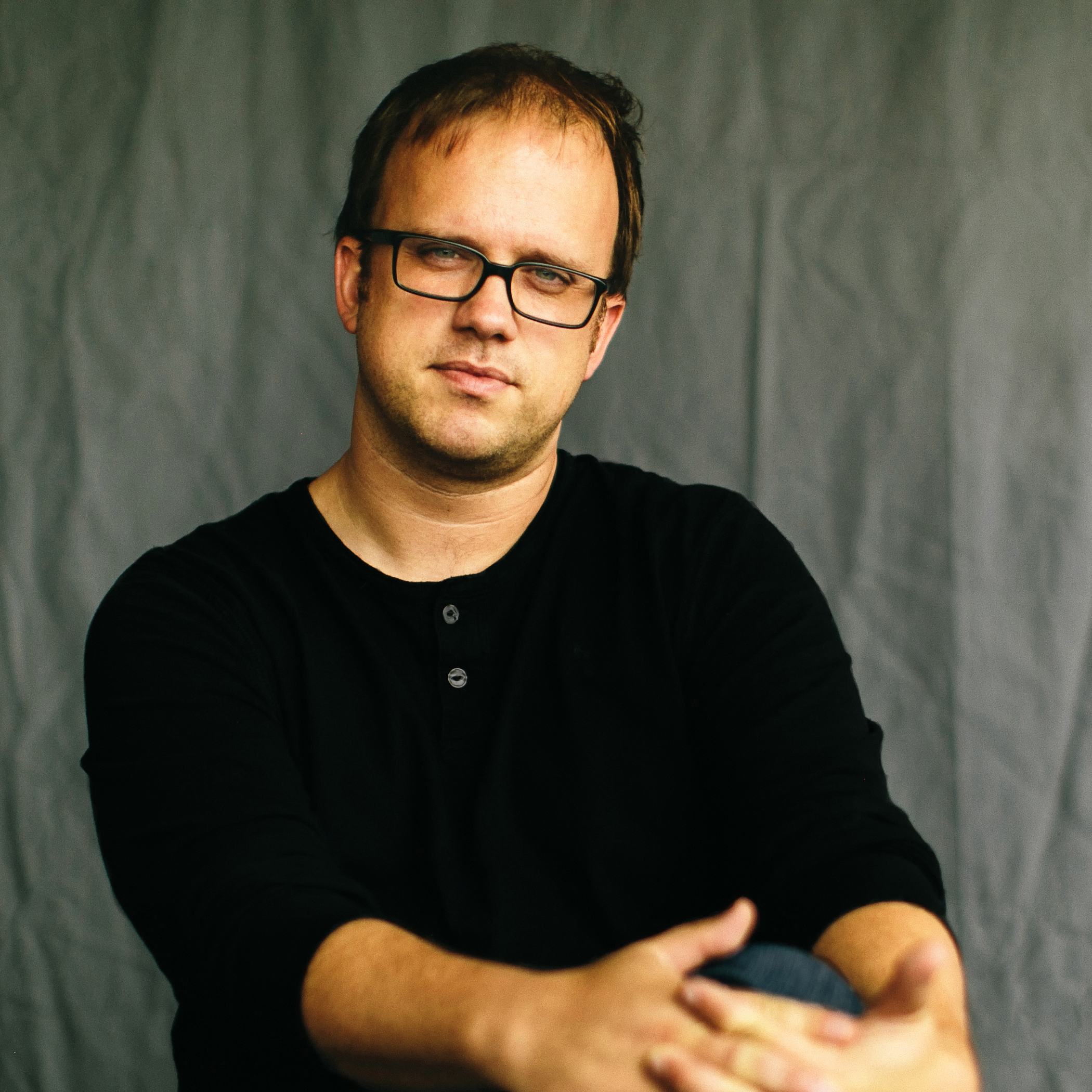 The last several weeks have been overwhelmed with the subject of sex. Pastors have had their sins exposed to the world. The Supreme Court has issued landmark rulings over LGBT marriage, provoking individuals to resist these new laws. Meanwhile, the result of the Ashley Madison scandal—where the names of individuals who visited the site were published online—meant that hundreds of pastors and laypeople awoke to discover their struggles were no longer private. The result is a spasm for Christians in a world that increasingly rejects biblical ethics.

It would be helpful, then, to talk about the issues of sex in the church and the role of grace. One of the problems that comes with controversy is there are a number of theories as to what is really wrong with the church. We crowdsource our frustration, looking to social media to help us process these issues. But we need clear thinking on the Gospel and on sexual temptation. If we do not understand the problem, how are we to find the cure?

The Problem of Modern Sex

Given recent controversies the old blame game is back. The common theory is that the church is losing its moorings and slouching towards Gomorrah. Not knowing our history, both in the church and in Western culture, it is easy to assume that people were chaste until the hippies came along and preached free love and rock and roll. The sexual awakening collided with the church, creating a world in which we see everything through the lens of sex. But before our generation the world kept their pants on and remained innocent.

But our culture is not the root cause of our problems about sexual temptation. The problem is not postmodernism, Darwinians, the Democratic Party, mainline churches, millennials, or Hollywood. It’s not how fundamentalists repress sexual desire or a result of chauvinism. In nearly every case, those blamed for our sexual crisis are merely embodying the symptoms created long before.

Technology and media certainly have sped the pace by which we enslave ourselves to our orgasms. No Christian until now could have imagined our access to erotica by the glow of our computers. But again these are potent tools, not the cause of the problem. Lust reigned before Ashley Madison and the internet. But the heart is the root of all sin and we would do good to always begin there.

Besides the historical roots of sexual schizophrenia were implanted in the late 1800s. This has often been called the ‘Victorian view’ of ethics—though evangelical holiness movements added their twist to this perspective. This view, in essence, is that some subjects are off limits in polite society, especially sex. The elites, the genteel, are too sophisticated to name certain issues of the heart. So for a variety of reasons from 1890 onward the world was feverish about the perils of sex, not only for the soul but also for our health. All sorts of remedies were prescribed to destroy the libido while awake, and (still on display in London museums) steel contraptions were invented to keep fumbling hands from wandering in the night.

The situation was equally dire for marriage. Virility and desire were things only natural to men, while the assumption was that women desired sex as much as they desired another case of tuberculosis. In theory, young women were told next to nothing about sex until just before their wedding night, at which point their mothers coached them just to get on with the unpleasant business. ‘Just lie there and think of Britain’, goes the old legend.

The greatest curiosity in all of this is that, for Christians during these decades, they concluded that the segregation of sins was a timeworn tradition. The fact is it is not. For all the problems in the church’s history a low view of sex was not one of them. Of course the terrible stories get all the press, but the majority of the church’s history is taken up by two assumptions: that sexual temptation is real and that it needs to be talked about. Rarely in the records of bygone centuries do we find a kind of weak-kneed, embarrassed discussion of sex from the pulpit. Pastors also expected their people to confess these issues as often as they had need—which was quite often.

Again the roots and fruits of this type of thinking are not as simple as one source or one text. Enlightened moderns were as quick to base their paranoia on alleged science, as pastors were to base it on misquoted verses. The result, though, was that innumerable people felt that sexual temptation was too foul a thing to expose to the light. Modern man or woman is a lot of things, but a sexually tempted being was not one of them—at least if they had real fortitude.

For us today, living in the aftermath of this modern view, grace has to address things at their root. The reality for many Christians is that they live with the pressure to confess certain sins, while avoiding the shame of confessing others. Out of this backdrop, though, have arisen two bad habits when it comes to sex, the combination of which is provoking trouble.

The first is we never tire from talking about sex. Of course, new books on sex and marriage warn readers that sex is not taboo—assuming readers come from the same prudish world as our grandparents. Several of these books make it sound as if no one discusses sex, except in dark alleys in a hushed voice. They always forget, though, that books on marriage and sex list among our bestsellers each year.

The second habit is the real devil: we have created no space for those struggling with sexual temptation to unmask their guilt, expose it to the grace of God, and find comfort in the support of the Christian community. In other words, there is no real grace to meet people in their immediate world, save those whose sins are already exposed against their will.

This is not only a problem of pastors having nowhere to turn for help—though this is a modern tragedy. Laypeople, too, find that sexual sins are among the least likely they are ever capable of admitting. If you don’t believe me, just have an open forum in church entitled ‘Grace for those addicted to pornography’. You can pay people to attend but you’ll be eating the donuts by yourself.

This is the real struggle, then: freedom in our books but guilt in our actual lives.

Yet the problem of grace is that it silences the prudes and empowers the perverts. Meaning it should silence those who feel the weight of judgment on those who fall to temptation, since grace means that while their guilt is not mine, the problem of sin is one we all share. We can grieve for them, especially those who fall from ministry, but we should not add to this a measure of scorn, bitterness, or rage. The Gospel means that we understand the problems others face because we have seen those same problems in our own heart—if not with sex then with some other shame—and we all stand empty-handed before the cross.

But grace also empowers those dealing with sexual temptation—because they should know their sin is not beyond the purchase of the blood of Christ and the freedom to confess it. The problem, then, is that our grace is too small.

Grace in the Christian life not only covers my sin it also unmasks my sin.

The church has never encouraged people to rest on the fact that Christ has died for sin in general. If you grasp Christ by faith he did not die for your overall problems but for the specific ways you break the Law. That depth of grace makes it an act of pure freedom to offer up the worst parts of our psyche—the terrors of conscience as Martin Luther called it—without fear of recrimination. If we belong to Christ, he already knows our sins, more deeply than we do, and so hiding them is always foolish.

It is impossible to know the details of recent scandals. Less still do we grasp all the nuances of the pastoral needs of hurting laypersons whose stories are not splashed across social media. What we need, though, is a deeper reflection on how to create safe churches where sin can be confessed before marriages are broken, addiction has set in, and the erosion of a life is underway. There is grace for those in these later circumstances—more than they could imagine—but there is grace at the earlier stages when someone needs to unmask their thought life before their Christian family.

It is not, in other words, living under Law to seek help through your pastor, through your discipleship group, or through trusted Christian friends. Living under the Law is to live in the lie that you must keep private sins quiet. Living under law is living under the fear that others will find you unworthy of the name of Christ because you struggle with real sins. This was Luther’s advice: if you want a big understanding of Jesus’s work then we need to confess the big sins in our life—not to love God and lock away sin, but to become fanatical about the freedom to offer up even the darkest parts of our soul in the trust that, if we’re all sinners, we will find this same reality is in the hearts of everyone around us.

There is no simple formula or method by which to create this honesty in churches. The assumptions about sexual temptation have caked on for over a century, so the cure will take heroic labors to lay the Gospel before people daily. But if the Gospel is real, and if grace is true, then there must be some attention to how grace frees us to confess our problems as often as we have them.