Growing up, I had this reoccurring dream about Jesus.

He would show up and just stare at me with the strangest smile on his face. I would be filled with terror because I was acutely aware of all the “bad things” I was doing at the time, that I was hiding from everyone else. As he smiled at me, eyes deadlocked into mine, I knew he knew. For whatever reason, at this point in my dream I would begin to float and then fall, kicking awake.

Thanks Left Behind series!

I imagine my dreams were because of this constant idea being pounded into my head, that Jesus would be coming back any minute to “catch me in the act.” And if I wasn’t doing anything mortifying at the time of his trumpet-filled arrival, he had a long list in his back pocket of all the evil I’d committed up to this, twinkling of an eye appearance.

As much as I wish this was just relegated to my “What Would Jesus Do” teen years, I have to admit that as an adult, I often heard this message of a Jesus that was out to get me somehow. It’s a hard concept to shake, until you read through the gospels on your own. (Be careful if you decide to do that, you’ll not find the Jesus you’ve been told about, and it will wreck you.)

That’s right kids, you won’t actually find Jesus, on the pages of scripture, out wagging his finger in the face of pot heads and horny teenagers. In fact, you’ll find him hanging out with the most hated people in society, while simultaneously pissing off those everyone believed had their acts together. Jesus broke rules for the sake of mercy. He called snaky tax collectors down from trees and invited himself over for dinner. He healed sick people on “holy” days, and he didn’t hesitate to touch the rotting skin of lepers. He washed the feet of the prideful and patiently endured their arguments over which of them would be the greatest. He forgave his friends when they deserted him in his most vulnerable state. He let prostitutes weep and kiss his feet while exonerating them in the faces of the religious snoots.

“If this man were a prophet, he would have known who and what sort of woman this is who is touching him, for she is a sinner.” (Luke 7:39)

We can get pissed at Simon for being such a religious douche, and we are justified in feeling that way. Though, let’s be honest: is this not also what we’d also expect from a prophet, much less God himself? This is why our world is so confused about Christianity… the people who claim they hold to this faith refuse to admit that their God is not one who shames, but one who shows mercy. We beat back the undesirables, and Jesus shows up to dine with them. The gospel flies in the face of everything we are hardwired to expect. It’s nonsensical.

We anticipate being scolded for our bad deeds, instead we find forgiveness. We brace for judgement, only to find acquittal. This IS the reason why Christianity is so different from every other religion. Not because we are morally upright people, have you hung out with a Mormon lately? They’ll run circles around your pitiful adherence to rules.

Christianity is a different message simply because there’s nothing left for us to do to be in God’s favor. There’s no ladder to climb. There’s just God who loves sinners. For the broken, the sick, the outcast, the poor. To those in need of mercy, Christ is for you.

“If Jesus appeared at your dining room table tonight with knowledge of everything you are and are not, total comprehension of your life story and every skeleton hidden in your closet; if He laid out the real state of your present discipleship with the hidden agenda, the mixed motives, and the dark desires buried in your psyche, you would feel His acceptance and forgiveness. For experiencing God’s love in Jesus Christ means experiencing that one has been undeservedly accepted, approved and infinitely loved, that one can and should accept oneself and one’s neighbor.” – Brennan Manning, The Ragamuffin Gospel

Get Sarah Taras’ New Mini-book by clicking below! 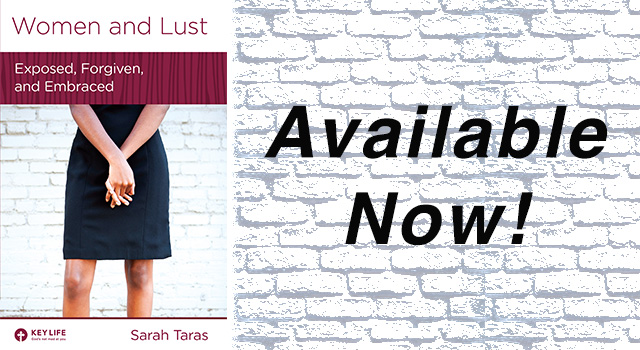