What’s more clear to me now than ever is that a self-constructed identity will eventually self-destruct simply because a man cannot build his own identity.

On preadults today: “They expect these careers to give shape to their identity. In their thinking, ‘What do you do?’ is almost synonymous with ‘Who are you?’ It is the self in action, or so the theory goes.” Kay Hymowitz

The urge has always been with us men: to try and shape our identity by our work. It’s a more complicated world today as is described not perfectly in Manning Up, but no matter what the state of the complexity of the world, 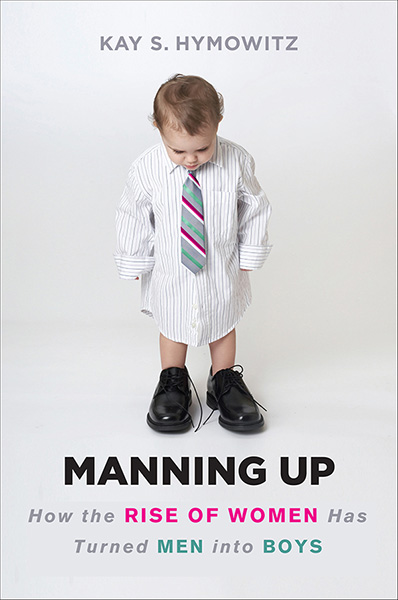 because we’re separated from the Father, we struggle with our identity. At least I did as a pastor and have as a man. You too? Don’t tell me it ain’t so!

Identity matters to us as pastors, and yet identity matters are often shunted aside and assigned to the “later file” and later never comes. Exhaustion and eventual burn-out sets in when a pastor doesn’t know his identity or is trying to build it while being a pastor.

If you want to wrestle with the changing identities of men today you might want to plow through Manning Up, as well as The End of Men and the Rise of Women, Men On Strike, Guyland-The Perilous World Where Boys Become Men, Why Boys Fail-Saving Our Sons from an Educational System That’s Leaving Them Behind, and Boys Adrift (on the same topic) for starters anyway.

I’ve been living and breathing identity lately, and it’s helping me to gain new freedom and energy so I thought I’d tell you in what directions I’m going and hope you might want to do some exploring on your own.

Joseph is my starting place, my favorite guy in Genesis and in my top ten in the Bible. Here’s what I’m learning:

My read on Joseph’s life when he was seventeen (Gen. 37:1-11) was that his dad shaped him into the identity as “favored son” and that did not serve him well and would never serve him well in life. Chuck Swindoll pegs Jacob (Deceiver) as a passive man and I agree. Not moving into his sons lives and developing and building them, Jacob found in Joseph not only a son desiring of pleasing his father but a more mild temperament over all. When Reuben had sex with one of his dad’s wives, Jacob said nothing…until on his death bed when he cursed Reuben. Joseph went along with his dad, and his dad rewarded him with what appears to be a promotion over his brothers as overseer with the symbol of rank, the multi-colored or long sleeved coat.

So what was the identity my dad bestowed on me? How about your dad on you? An absent dad bestows an identity to a son. What is it?

2. God the Father loves us so much He reworks our identity.

So between the lines of Joseph’s story I have concluded this: By allowing Joseph to be hated by his brothers and sold into slavery, then winding up in prison, God used the awful circumstances of his life to pummel the old identity as favored son out of him. At the same time God communicated to Joseph that He loved him beyond Joseph’s imagination and that Joseph was His son. When Joseph’s ego was right-sized, his naivete flooded away and his self-identity obliterated, then Joseph was elevated to Prime Minister of Egypt and to the life God designed for him as protector of the Messianic line. Joseph thus played a crucial role in redemptive history.

In the Gospel, that’s what the Father has done for me. Now my identity is as the deeply loved and rescued son of the Most High God. Ah, but I get to also serve God and the King, so what I’m seeing is that my core identity as son frees me to fulfill my core mission as an expendable warrior of the Righteous King, Jesus.

You know what? I’m freer than I’ve ever been in my entire life because my identity is clearer than it’s ever been. Instead of using the pastorate to try and alter my identity bestowed by my earthly father, I’m resting in and appropriating even more my identity as His grace-rescued son, and that reality is catapulting me into a whole new world. He can send me where He wants me, or not. He can use me, or not. He can allow me to be used up for the Gospel, and that’s cool. I’m expendable, and I really like the feeling. I’m no longer trying to achieve something and prove I’m somebody, when I already am somebody to the One who matters most to me.

Identity is only bestowed by a father.

What’s more clear to me now than ever is that a self-constructed identity will eventually self-destruct simply because a man cannot build his own identity.

Because of Jesus you have the perfect Father who has bestowed your identity as His son. Pastors are first sons, and from that strong point, they can shepherd. Identity does matter for pastors.

Does anybody doubt the radical power of grace?

You take it to heart!