Miracle at the Higher Grounds Café 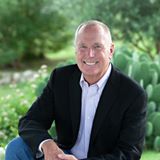 Samuel watched from a distance. From heaven’s view, things were simpler. Clearer. Unobstructed by the clamor of everyday life. He peered through the stars, assessing the once familiar landscape.

What he saw stirred concern. He remembered his first assignment here. The region had a sparkle to it, a glow. Now a pall had settled on the city. Entire neighborhoods were hidden by shadows.

But still there were beacons of light. Like spires alit with gold, they punctured the darkness, streaking past Samuel and into the heavens.

It’s dusk, Samuel thought, but not night. Not yet.

He took note of an embedded glow and set his eyes on the source. The corner of the Higher Grounds Café. This place had been prayed for and prayed over.

The Father won’t relinquish this territory easily, not without a fight. And I love a good fight!

He grasped the hilt of his fiery saber and lifted his small frame to its full height. He tightened his muscles, squinted his eyes, leaned forward, and speared earthward. The wind rushed his hair straight back. As he broke through the clouds, he spotted the figure of Chelsea sitting on her porch and wondered what role she was going to play in this unfolding saga. He was, after all, her guardian angel.

It was a Friday night, and Chelsea was baking. She hummed as she worked. After years of feeling the pressure to keep up with the trophy wives of the ripped and famous, she welcomed the change of pace. Not to mention the boost in confidence. Her run-in with the posse of high schoolers had been redeemed (well, almost) when the prom queen called back to order five dozen of “those delicious cupcakes” for her mom’s birthday tea. It was the perfect opportunity for Chelsea to reintroduce herself to the community. She had dreamed up a grand entrance—a light, lemon cake topped with a swirl of Earl Grey–infused buttercream frosting.

Baking was therapy for Chelsea, and she was ready for a nice, long session. The complexity of her recipes had a funny way of matching the complexity of her problems. The day she learned of Sawyer’s infidelity, she baked a thirteen-layer bittersweet chocolate cake—one for each year they were married. After one bite, she dropped the entire thing in the trash. She remembered the acrid aftertaste like it was yesterday. She did a quick calculation. Eight months and seventeen days ago, exactly.

And she would know. Forgive and forget were words Virginia Hancock had lived by, but Chelsea wasn’t so sure. Forgetting was not in her nature. Especially when it came to Sawyer.