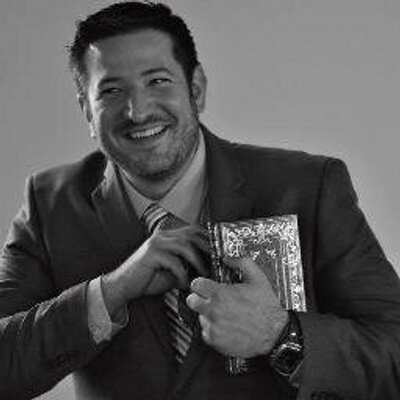 And he is coming again, among other things, to satisfy the cry of the soul weary of sin.

This is part of what makes the good news so good. In the sacrifice of Christ on the cross, we not only have the atoning blood provided, which we need to be made right with God (justification), but part of that work is the opening of the door of our hearts to the indwelling power of the Holy Spirit, who comes to help us actualize the holiness bequeathed to us!

The Picture of the Scapegoat

I think many of the ancient Israelites felt this difference keenly, if only because the sacrifices they offered for the atonement for sin had to be offered perpetually. Imagine that endless trail of blood flowing from the sacrificial altars, the stink of the carnage in the air, the gore of the whole process. While the sacrifices prescribed by God were received by him as pleasing to him, the whole messy process had to be a continual reminder to the ones making the sacrifices of the sheer offense of their unholiness.

In some rites, like that of the scapegoat, there was the picture not just of guilt being eradicated but the actual removal of sin, the casting out of unholiness, the vanquishing of their transgressions. In Leviticus 16:8-10, we see Aaron presenting one goat as a sin offering for atonement (indicative of the work of propitiation, to which we will turn our attention tomorrow) and another as a live offering for atonement, which was sent into the wilderness. The idea was that this scapegoat carried away the sins of the people, symbolically representing the casting away of their sin into the void.

What is illustrated in the exiling of the scapegoat and other rituals is the cry of a heart after God: “Pardon my guilt, yes, Lord, but please take this sin away from me!”

Canceled and Cast Out

Psalm 103:12 gets at this desire. It is a promise to the redeemed that, because of the work of the Messiah and through the power of his Spirit, we can see our sin not just forgiven but also canceled and cast out. “As far as the east is from the west.” The connotation here is a total vanquishing, a throwing of it into the void of nothingness. Elsewhere, we learn that God intends even to remember our sins “no more” (Hebrews 8:12, quoting Jeremiah 31:34). Another precursor to this idea is found in Micah 7:19, where the prophet says of God, “You will cast all our sins into the depths of the sea” (7:19b).

This is surely about God not holding our sin against us. But the language of “far as the east is from the west” and “no more” and “cast … into the depths of the sea” speak not just to pardon but to removal.

The theological term for this is expiation. And that is the gift we ponder today. Expiation essentially means “a removal.” But while the people of God before the coming of Christ had to re-enact this expiation constantly through the continual schedule of sacrifices, we know that those were just foreshadows of the perfect sacrifice to come. He has come! And he has done away once for all with the endless sacrifices (Hebrews 7:27; 9:26), as his cross announces that the work of expiation is finished (John 19:30).

Of course, we will not fully experience the total removal of sin until Christ’s second Advent, when we finally see him face to face, finally knowing him the way he knows us (1 Corinthians 13:12). On that glorious day, we will see our sin climactically and eternally cast out of us. The cry of every redeemed heart will become true, as time itself will become one of a pure holiness reaching as far as east is from west.

Until then, we can be grateful for the work of God’s Spirit, constantly bearing the fruit of holiness in our lives, gradually conforming us more and more to the image of Christ, and empowering us to repent of our sin and wage war against our flesh. The Messiah has come not just that we can be declared holy but so that we can actually be holy! And he is coming again, among other things, to satisfy the cry of the soul weary of sin.

It’s not just our guilt that will be removed; it’s our sin.

Aren’t you tired of it? Don’t you long to be free of the struggle?

Praise God that we have the gift of expiation, by which to battle sin with spiritual power, and praise God that every justified sinner will someday (and soon!) simply be justified and no longer a sinner.

Listen to our interview with Jared Wilson on SBE here!

This article is an adapted excerpt from Gifts of Grace: 25 Advent Devotions by Jared C. Wilson. Jared is assistant professor of pastoral ministry at Spurgeon College, author in residence of Midwestern Seminary, general editor of For the Church, and director of the Pastoral Training Center at Liberty Baptist Church in Kansas City, Missouri.