Parents, It’s Time to Tell Ourselves the Truth

/ Articles / Parents, It’s Time to Tell Ourselves the Truth

Here in North America, the school year has begun. Are you feeling the pressure of it all?

Me too. This is the time of year when I have to remind myself that the frenetic pace of back-to-school will settle into a routine sooner or later, and that by January I’ll be over it all and wanting a break from both the homeschooling of some of our kids and the responsibilities that come with our kids who go to traditional school.

It’s also the time of year when I have to remind myself of the truth. I have to remember to tell myself the truth instead of allowing those disingenuous thoughts like, “If I had a corporate job, I could be earning a trip to the Bahamas instead of wrangling kids.”

But the truth is, God hasn’t called me to do something else right now, and even though that corporate work scenario isn’t off limits or wrong, it’s just not where God has planted me, and the truth is, I’m only going to be truly happy when I’m smack in the center of God’s will.

Then more often than I care to admit, my wandering heart strays and looks in someone else’s backyard and wishes I had a different life or at least one that doesn’t include kids who complain about dinner (again) or argue with each other over whose pencil the baby bit into or who left the gas tank on empty. As if complaining doesn’t exist in the work world.

And I’m back to the truth.

We fail to tell ourselves the truth in so many areas. Last summer two of my close friends sent their firstborn children off to college. Both moms were emotional and struggling with the reality that the raising of our children does indeed fly by way too quickly, and both just couldn’t believe that they were dropping their young adults off to stay and begin the first leg of their journeys out of their childhood homes forever.

I listened to each friend tell me that they didn’t do enough, didn’t parent well, didn’t listen closely, and didn’t seize the time they had.

“The worst moments are when I think about all the things I did wrong, and think of her flaws, and how I could have helped differently and done so much better of a job, without being so selfish while time rushed past,” she texted me on a hot September morning after spending the weekend at UCLA’s orientation with her daughter.

I know my friend to be one of the most engaged mothers around, homeschooling because she wanted time with her kids while giving them the freedom to expand their horizons and be involved in so many different endeavors. She has loved her children well, pointing them to Jesus daily, loving their father, too, and providing a safe and hospitable home life. I knew that what she needed in that moment was to be reminded of the truth, and so I replied, “And in those moments we have to tell ourselves the truth — what’s the truth about how you raised her? The truth is your mistakes and sin were covered by His perfect love. Your failures were made beautiful by His righteousness.”

That’s the truth, and it apples to all of us, in every area.

When our own summer fell apart a few years ago after our son called off his wedding five days before the event was scheduled, as we learned of a sad and truly terrible situation that led to their dissolved engagement, I wrestled with thoughts that could at times become crippling. Where had we gone wrong? Why hadn’t we seen this coming? The months following became one long exercise in telling myself the truth.

When we flagrantly fail, burn out, or blow it wildly, Jesus is standing there in His glorious perfection, and that’s what God sees when He is looking at our situation. That’s the truth.

And when I am discontent, looking at someone else’s plate, He covers all of that, too. I can give myself a virtual smack on the head and remind myself that He knows my sin, allows me to come to Him with it, and then He erases it. He hasn’t abandoned me to fight it alone, either.

That’s the truth, and we parents need to tell ourselves the truth every single day. What are you dealing with this moment, and how can you tell yourself the truth? 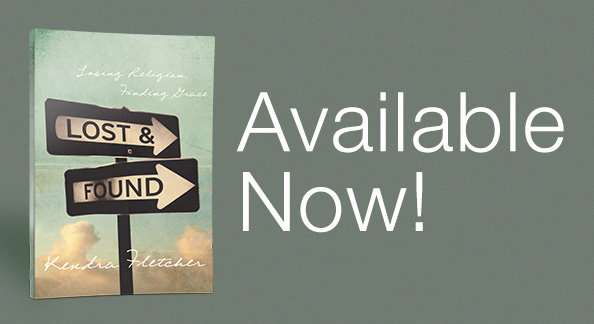