Earlier this month I was in Tacoma, Washington, my mother’s birthplace. Little did I know I was about to run headlong into my past and experience a stream of redemption washing back into history, my history. 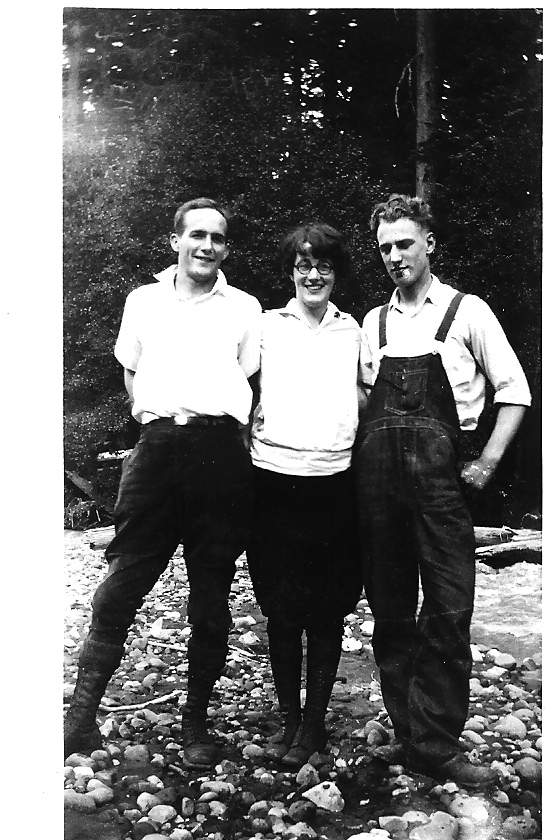 (Shari’s grandparents on the left)

I’ve often heard from my mom and grandfather how he left his church in Tacoma and his family of origin and moved to the Olympic Peninsula, where he established a mission church.  The version I know is that he never heard the gospel preached at his home church, and that his family practiced a form of godliness but didn’t experience the power of God. When he met Christ as a young adult, he and his wife and three small children left the comforts of a modest home and respected family in Tacoma’s growing society to venture into an untamed area of the West to follow God’s call.  They sold their wedding presents for cash. Their extended families were aghast. A family schism ensued.

They lived in a grange hall on the peninsula, west of Port Angeles. When a track of land was put up for auction, he won the bid but without further funds for building, he took the grange hall down board by board. They didn’t own a car, so my mom and her siblings carried each plank to the new location to rebuild their house. She recounts how they would jump in the ditch with the boards every time a car passed, hoping no one would see them. She tells of the winter where she remembers eating only beets.  She speaks of her dad’s prayer life and of the time when there was no food on the table.  Still, he thanked God for what would be provided. They sang the doxology over the flour barrel and went to bed. During the night a bag of groceries was left in the kitchen.  Grandpa took the scriptures seriously, taking care of orphans and widows, and working tirelessly in prisons. Along with their ten natural kids, they fostered over 50 children. Music filled their household, and to this day singing is a staple of family gatherings. And yet, there was also a dark side, one that goes beyond the explanation of leaving all to follow Christ or of older generations just parenting differently from today.

While I was in Tacoma, my dad and I worked with ECO, a fraternity of churches coming out of the PCUSA, as they conducted their first assessment for church planters. The assessment process was held at First Presbyterian Church of Tacoma. As we walked into this beautiful church founded in 1873, I suddenly remembered that when my grandfather left Tacoma, he left the Presbyterian Church. A few inquires later, I discovered this same church was the one where my great-grandparents and their families had been members, circa 1900. 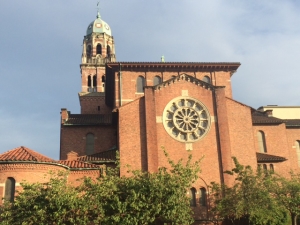 But now the stories from my past didn’t concur with what I was learning about this church, one that I was now told had been solidly evangelical and missional from its inception. If the gospel had not been preached, as I had previously been led to believe, that leaves me with even more family mysteries and questions.  My biggest question is, what led my grandfather to totally cut himself off not only from his church, but also from submitting to the authority of anychurch? From my dad, I learned that the Presbyterian Church had been interested in sending and supporting my grandparents to open a mission on the Olympic Peninsula, but first they wanted him to receive ministry training. He decided to go anyway, without the training and without their support.

Now, close to 100 years later, dad and I are part of a team assessing couples to open up new missions (church plants) from the same church.

I can’t help but wonder.

I wonder how grandpa would have fared with an assessment? How might it have impacted his family then and down through the generations if he had someone speak into his life about his understanding of the church, of scriptures, of parenting and of his fiercely independent spirit?

And while I can wonder, the more important point is to see my story through the lens of redemption. I could glorify my family history by focusing on only the good in what my grandfather accomplished. I might use words that give God the glory, but in reality imply it was about him and the good life he lived. This might drive future generations to try harder and be better, or to reject values from their upbringing altogether. They might feel pressured to measure up to a standard, and become rigid, judgmental or critical.

If I vilify the past, I focus on all the wrong that was done, unable to recognize that both evil and good exist in each person. I’m unable to see where God brought redemption into his life or through him into the lives of others. Without speaking the truth, the whole truth, about a person, future generations wrestle with what is really true. They see the hypocrisy, and the immeasurably high standard, and know they will never measure up to it—nor do they want to!  If they’ve lived with judgment and criticism, they want no part of it. They can’t see or trust in a God who is continuing to work on their behalf.  In this scenario, we can work just as hard, but we work to not be like our parents. We make vows that we won’t live or parent as we were parented. The problem is that we are still living by a standard. It’s just a new one. The result:  We become much more accepting, but only to those who hold to the new standard. We are still just as judgmental and critical of those who don’t follow the new standard.

In either scenario, the focus is still on us, not on Christ and what he accomplished for us in the past, present, and future.

One outcome of redemption is that we no longer have an obligation! What we owe has already been paid. There is a standard, but it’s one we can never live up to. The good news is that someone has already lived up to that standard for us.  And the more we understand that, the more we live in freedom, and joy and the wonderful fact that the focus doesn’t have to be on us! When we embrace this understanding of the gospel, we begin to notice changes in our own lives, but not because we are trying so dang hard. We even find ways, often new ways, where we join Christ in restoring a broken world, broken relationships, and broken pasts, now!

Serving in assessment and particularly in this assessment reminded me in vivid, tangible color that God is redeeming my family’s past and my past, and giving me the privilege to participate with Christ in seeing marriages and families redeemed.