Driving home from church on Sunday, having just heard a great message from Joseph’s life on the God of grace who will never leave you no matter what trial or test you face, I got tested.

Just where the main county road picks up speed, and where I typically begin to slam hard on the pedal like a NASCAR pro, the second car in front of me practically stomps on his brakes. I reflexively stomp on mine, avoiding slamming into the car in front of me by a fraction and relaxing a bit only after I see the speeding cars in back of me swerve around me to the right and pass without a major sideswipe incident. As you can guess, I’m more than a little relieved to see that my wife is okay too. Adrenaline is pumping through my veins at, oh, about a 1,000 miles per millisecond, and I’m first wondering what’s up when driver number 1 finally gets out, pops his trunk and grabs a towel, gently picks up a turtle, and meanders across the right lane to put said turtle in a safe zone. Sauntering back to his car, he eases into the driver’s seat and finally unclogs a dangerous road. I’m totally without words…

He put us at risk for…for…a turtle! Expletives exploded in my chemically altered mind. The reason there are so many dead turtles and armadillos on Florida roads is because reasonable people know they will hurt humans if they brake for these unfortunate creatures! This driver is obviously an immoral man without true love for his own kind! Expletive deleted!

Picture me twisting and turning in my seat, livid, veins popping out, rolling down my window and just trying to find a way to pastorally scream at this dude as I try to decide if I should get out of my car and let him have it right there in the middle of the road. My wife is cautioning patience and grace; I’m contemplating retribution and murder. Her pleas for mercy and calm elicited a rather rude comment from me, which I will exclude here, for ego reasons. And besides, I can’t remember what I said. Adrenaline and rage don’t make for clear reasoning. Oh yes, she could tell me what I said, but I, uh, could not consult my sources.

I need Jesus, I know. Hey, I just talked to Him at church!

The immoral driver in car 1 hopped in and took off without receiving the kind of retribution I contemplated. Turning into the same housing development I live in kicked an additional 10 pounds of adrenaline into my system, but my relationship with my wife was hurt and I’m not so dumb as to make it worse. I mean, Jesus has done some good work in me over the years.

We talked about it some, and I listened more than I usually do. At least that’s how I’m telling the story. Of course there was something not right about me in the whole thing. Waking me up at 3 AM Monday, the Father wanted to have a grace talk, and it was good. Somehow I was led to Matthew 1 and read it carefully and was struck, after wading through the family of Jesus and the bad people in that list, that I was one of them. Then Joseph, not the Joseph from the Sunday sermon, but Joseph, Mary’s husband to be, comes on center stage. Finding that his promised wife is pregnant and therefore not the reputable girl he was told she was, the text says: “And her husband Joseph, being a just man and unwilling to put her to shame, resolved to divorce her quietly” (Matt. 1:19). This is before the angels told Joseph that this pregnancy is of God, not to live in fear, finalize the marriage with Mary, and deal with all of the very public consequences. This is of God, Joseph: “…for that which is conceived in her is from the Holy Spirit.”

The Father spoke to me through Joseph early Monday, while sipping my coffee. Toward Mary, before the angel spoke, Joe had resolved to show mercy and grace, when his male ego would logically have pushed him to rage, revenge and retribution. No other Jewish man of his day would have faulted him for defending his honor in front of the whole town. Indeed, most would have expected it. Sure Mary would be ruined, but she was obviously not what everyone thought she was. But before the angel spoke (did I say that yet?), mercy was on his mind and heart. No doubt here was a man who knew the God of glory and grace and mercy, and was passing it on, living it out. I like this guy, the Joseph I saw again for the first time.

Instead of shame, favor flooded over me. The Father knows what I could have done and He kept me from doing more back there on that road, but He’s ready for me to be filled with more mercy rather than mayhem. He didn’t even have to berate me. Joseph was enough. “I get it, Father. Thanks for taking the time to wake me up and spend time with me. I’m so blessed to be your son.”

Mercy and grace go hand in hand, don’t they? Repentance is rich when He shows both, and He did with me, as He will with you. As I receive them more deeply, as I study the Word more carefully, I hope the next time some idiot, uh, individual, does something stupid on the road, even under the influence of adrenaline, my wife will see more mercy than road rage. We’ll see. But I’m betting on it. Grace changes us.

Let’s hit the road and see.

Click here to buy a copy of Pete’s book! 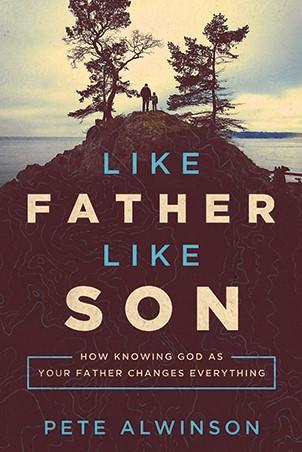