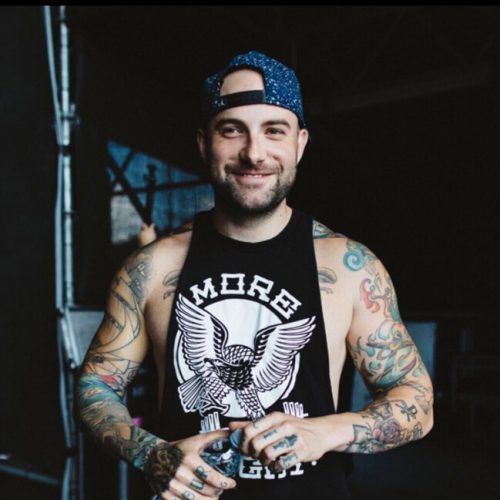 I’m talking with my friend Ben over the phone and we’re having one of our late night discussions about life and our own personal struggles. The question I had asked him was, “If the Devil could do anything to really hurt your faith and not love God, what would he do to you?”

When you ask people this question it’s interesting what they come up with. The loss of a family member. A bad break-up or divorce. Getting cancer. Rape. Often times, people will rattle off a circumstance that deals with intense pain and suffering.

But Ben’s answer surprised me.

One might say, “What’s wrong with being religious? Helping the poor and going to a church or mosque is a bad thing?” But in today’s world, religious conjures up the image of someone snubbing their nose at you because of the way they live by rules that YOU don’t follow. Religious people are seen as zealots who have life figured out and have the golden ticket to God’s Chocolate Factory in the sky whereas everyone else is damned. And they seem happy about the fact others are going to burn while they miraculously made the right decision.

Hell, just try telling someone you’re a “Christian” without them knowing you. Often times when I meet someone at a show or the gym and I remark “Yeah…I’m a Christian” there is often the eyebrow raise, wide eyes, or the sudden need to disconnect from the conversation. In most people’s eye’s “Christian” = religious bible thumping Nazis who want you to change your pagan ways. Whereas if they knew Jesus how I’ve experienced him or the width, span, and eternal love God has to offer they would feel quite different when hearing me say, “I’m a Christian.”

I think the reason why the stereotype exists is because there’s a lot of truth to it. Research done by the Barna Group in the past years has indicated that only 16% of people that aren’t Christians in their late teens and twenties say they have a “good impression” of Christianity. Among young non-Christians, nine out of the top 12 perceptions were negative. Common negative perceptions include that Christians are judgmental (87%), hypocritical (85%), old-fashioned (78%), and too involved in politics (75%).

So should it come as any surprise that the word “religious” conjures up the word “judgmental” to go hand-in-hand with it?

Most religious people are seen as fanatics, but the truth is, if Christians and more people were to live out their faith values, I would say they’re not religious or fanatical enough. What I mean is that the “fanatics” and “religious” I meet at times and after shows pick only the “truth” aspect of their faith they so lovingly enjoy ramming down other people’s throats.

But what about the Jesus who touches the unclean? That eats with whores? That gets slandered because he spends so much time loving the people society loves to hate? Where it teaches that “a bruised reed he will not break, and a smoldering wick he will not quench?”

It would appear that the religious fanatics truly aren’t that religious or fanatical enough because they only love one aspect of God but despise his compassion. Their faith is more for showboating when they should be practicing tenderness and humility.

In all honesty, it’s hard for me to identify as Christian in the industry I’m in because it hurts my heart. I’ve met so many walking wounded that have been shot by self-proclaimed Christians spouting “truth” when what that person really needed was unconditional love. But just maybe that’s what we need to do to break down these barriers and stereotypes. Maybe we need to spend more time being truly “fanatical” and loving people without an end goal of getting them to look like clones of what people already despise about us. Maybe we should trust that it’s God who changes people, and not by being an obnoxious and noisy gong.

Maybe then the term “religious” and “Christian” might just mean something good.