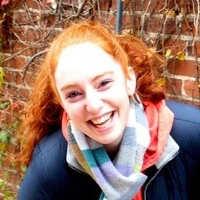 It started when I was nine.

A few days before, some friends were giggling about this thing called sex. Curiosity had been stirring within me, and I finally did it: I searched for it on Google. Up came countless links to pornographic websites. I clicked on many of them, and the screen was soon covered with explicit pop-ups. A flood of intense shame came over me. But I wanted to see more.

I almost got caught soon afterwards, and I resolved to never do it again. I came too close to being exposed, and the shame was too much. I soon learned that you hide to survive.

When things between us ended, that was the deepest rejection. My heart ached, but I wouldn’t allow myself to feel the pain for long. Pornography and masturbation became addictions. It was an intimacy that I could control. No one could hurt me. I could call the shots. Every morning and evening—sometimes even in the afternoons—I would engage in those things. On the outside I was a straight-A student, a leader in my high school’s chapel band, a core member of my youth group, a social butterfly, and a talented athlete. On the inside I was slowly wasting away, chained to my addictions and the woundedness that I was trying to avoid. For four years I led a double life, and I was good at it.

Finally, I couldn’t take it any more. I was weak, exhausted, and desperate. The summer after my first year of college, I told my two best friends everything—all about the boy and the addictions.  One of them responded with Romans 8:1, “There is therefore now no condemnation for those who are in Christ Jesus.” I remember her saying, “Rachel, if you are in Christ, God sees you as clean, even now.” I burst into tears. I had never heard that before. I had heard about forgiveness, but never that God could see disgusting sinners like me as clean and pure in the midst of it all.

The fact that Romans 8 follows the tension and failure described in Chapter 7 is absolutely glorious. “Wait a minute,” I thought, “How can Paul say that there’s no condemnation in the midst of struggling with sin?” I had thought that there would be no condemnation once I had gotten my sin under control and cleaned myself up. But Paul says that there is now no condemnation for those in Christ. How is that possible? He goes on to explain how: all of our sin, including our present, indwelling sin, has already been condemned in Christ, and in Him, we are seen as though we have met the requirements of the law. That kind of love changes sinners. It changed me. And it’s still changing me.

The struggle didn’t end when the gospel clicked. In some ways, that’s when it truly started. But the battle is more one of belief than anything else—of believing that the Father runs toward me with open arms to embrace me in all my filth, offering me a far greater intimacy than I could imagine. That is the only Story that was powerful enough to cause me to leave the pigsty. And it’s the only Story that will keep any of us coming Home, no matter how far we run.

No Darkness Too Dark

We’ve all been hurt. In numerous ways. Most days, we don’t want anyone there: not those who claim to love us, those who claim they won’t run; not those who are professionals who deal with such events and trauma that we actually pay not to run; we don’t even want to be there ever, because we’re too busy running from it.

And, if we’re totally and completely honest, we don’t want God there either…because how could a beautiful, holy God enter into that mess, into that disaster, into that shame, guilt, regret, and grief and not shy away, appalled, disappointed, disgusted. How could He not say, “I can deal with so much of the stuff you’ve done and experienced, but this…this is beyond me” and leave us there, naked, humiliated, and ashamed.

This is the amazing, wonderful, downright radical thing about Jesus Christ, God of very God, light of very light. He touched the dirty and made them clean, he un-ostricized the ostracized, He uncondemned the condemned, He made the dead living again. He is the light that the darkness cannot overcome…never ever. There is no darkness too dark for Jesus Christ to enter into and be overcome, because the darkness has been overcome once and for all in Him. “For from his fullness we have all received, grace upon grace” (John 1:16).

And that’s what this series is all about: real stories about real darkness and real grace (upon grace!). We wanted to create a resource of testimonies about radical encounters with His light in our darkness that could be shared with others who are suffering in similar ways (we’ll have a variety of stories). We all have stories and testimonies to share, and we invite you to share them here, if you feel so led: Click Here to email your stories.

So, please, read these stories humbly presented by broken and beloved men and women. And I pray, I pray that these stories would draw you closer to Him, that they would give you courage to go there, into that darkness with the good, good, Shepherd who loves you—all of you—so much that He laid down his life for you.