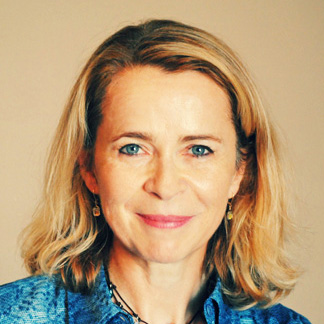 Do you read the Bible like a rulebook? Do you look at the biblical characters as heroes to emulate? Or do you read Scripture as a Story with one great Hero?

When I go to churches and speak to children, I often start by asking them two questions:

First, How many people here sometimes think you have to be good for God to love you?

They tentatively raise their hands. I raise my hand along with them.

And second, How many people here sometimes think that if you aren’t good, God will stop loving you?

Almost without fail they raise their hands.

These children think they have to keep the rules or God won’t love them. They think if they mess up God will stop loving them.

These children are in Sunday schools. They know all their Bible stories. And they have missed what the Bible is all about.

Feelings of Not Enough

I tried to be good. I really did. I was quite good at being good and keeping the rules. But however hard I tried, I couldn’t keep the rules all the time, so I knew God must not be pleased with me.

And as far as being a hero: I certainly couldn’t ever be as brave as Daniel.

I remember being tormented by that Sunday school chorus “Dare to Be a Daniel.”

I remember lying in bed, hiding under the sheets, trying to imagine what I would do if someone threatened to throw me to lions. Would I be brave like Daniel? Would I stand firm? Would I be faithful? Hard as I tried to imagine myself daring to be a Daniel, being thrown to lions and not minding, I knew I wouldn’t be a hero.

I knew I wasn’t nearly brave enough. Or strong enough. Or faithful enough, or anything enough.

I wasn’t doing it right.

How could God ever love me?

I was sure that he couldn’t.

One Sunday, I was reading “Daniel and the Scary Sleepover” from The Jesus Storybook Bible to some 6-year-olds during Sunday school. One little girl in particular was sitting so close to me she was almost in my lap. Her face was bright and eager as she listened to the story, utterly captivated. She could hardly keep on the ground and kept kneeling up to get closer to the story.

At the end of the story there were no other teachers around, and I panicked and went into autopilot and heard myself—to my horror—asking, “And so what can we learn from Daniel about how God wants us to live?”

And as I said those words it was as if I had literally laid a huge load on that little girl. Like I broke some spell. She crumpled right in front of me, physically slumping and bowing her head. I will never forget it.

It is a picture of what happens to a child when we turn a story into a moral lesson.

When we drill a Bible story down into a moral lesson, we make it about us. But the Bible isn’t mainly about us, and what we are supposed to be doing—it’s about God, and what he has done.

Children don’t need to be told to try harder, believe more, or do it better. That just leaves them in despair. The moral code always leaves us in despair. We can never live up to it.

I knew it as a child—I could never be good enough or brave enough.

Teaching God’s Story in the Bible

We don’t need a moral code. We need a rescuer.

And that’s why I wrote The Jesus Storybook Bible and Thoughts to Make Your Heart Sing, so children could know what I didn’t:

That the Bible isn’t mainly about me and what I should be doing. It’s about God and what he has done.

That the Bible is most of all a story—the story of how God loves his children and comes to rescue them.

That—in spite of everything, no matter what, whatever it cost him—God won’t ever stop loving his children . . . with a wonderful, Never Stopping, Never Giving Up, Unbreaking, Always and Forever Love.

That the Bible, in short, is a Story—not a Rule Book—and there is only one Hero in the Story.

I wrote The Jesus Storybook Bible so children could meet the Hero in its pages. And become part of His Magnificent Story.

Because rules don’t change you.

Sally Lloyd-Jones is the bestselling author of Thoughts To Make Your Heart Sing, a children’s devotional, which won the Christian Book of The Year award in adult inspiration. She is also the author of The Jesus Storybook Bible, which is now available in a format for all ages with a new design and title: The Story of God’s Love for You. This article was originally published on Sally’s blog. © All rights reserved.