I’m an old guy…and I’m still here. I shouldn’t be here. I’m the biggest sinner I know. I have failed more times than I can say, and I have had doubts that you have never even thought up. But I’m still here. I know about doubt. I’ve been there, done that, and have several bloodied T-shirts to prove it. Let me share one thing I have learned about faith when my life has hit those rocks of reality and it’s about truth.

Trust affirms faith and creates the soft place where faith rests (John 10:27–30). Do you struggle with doubt? Like most things that have to do with our faith, God has you covered.

Obsessive-compulsive faith will kill you and leave you in a joyless struggle with unbelief. Some people think they can’t be Christians because they are still sinners, so they are obsessed with their sins. But don’t you realize that Jesus came for sinners? So you don’t need to be obsessive about your purity.

Are you struggling with sin? Are you trying very, very hard not to sin? Martin Luther would say to you, “If you sin, sin boldly.” He didn’t say that to give you license to sin, he said it because he knew that you, just like everyone else, are going to sin. And God has provided a safety net, Jesus, the Friend of sinners who has paid it all and done it all. Don’t worry about your sins. Instead, confess them and forget them (1 John 1:8–9).

Some people are also obsessive about how much faith they have. They are afraid that they don’t have “enough” faith. When John Wesley said that he couldn’t preach faith because he didn’t have faith, Peter Böhler told him, “Preach faith till you have it; and then, because you have it, you will preach faith.”

Are you struggling with faith? Quit obsessing over it. Just make a list of how you would live if you really believed. When you have faith, you will live that way because you have it.

This stuff is true so relax and live like it is. You don’t believe in order to belong to Jesus. You believe because you already do.

This is excerpted from Steve’s minibook, Faith and Doubt: When Belief is Hard. 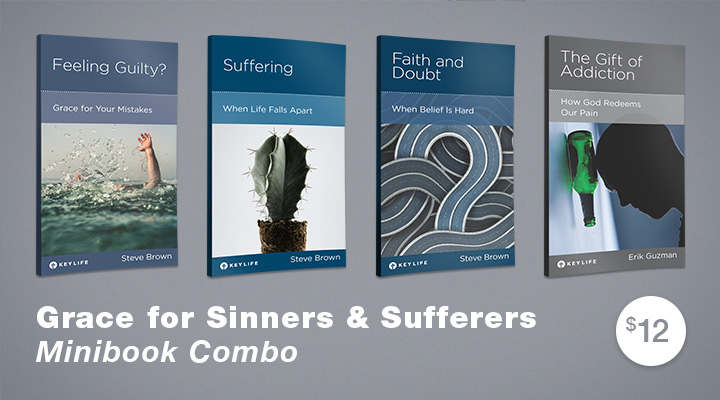 What about love? talk the walk the Gospel