We Were Gentle Among You: Pastoring Like a Nursing Mother 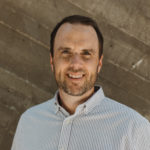 / Articles / We Were Gentle Among You: Pastoring Like a Nursing Mother

You are a parent to five young children. You’ve noticed that they’ve been acting a bit strange around you (especially #4). But they’re just kids, you reason; kids are weird sometimes.

One day, after the younger two are in bed, the older three approach you. They look solemn and hesitant.

The oldest asks, “Can we talk?”

You invite them to join you at the table.

“Well,” says the oldest, “it seems like you have been mad at us a lot lately. And we all don’t like it when you lose your temper and yell sometimes. Even if you’re not mad at us—if you’re just angry about the minivan—it still makes us afraid. ”

Before you can reply, #2 jumps in. “And it’s really hard for #4. I saw her crying the other day. And when I asked her what was wrong, she said you used your angry voice with her when she was being slow.”

“But it’s not just her,” said the oldest. “It’s all of us. When #4 said something, we all started talking about it. And we realized that we’ve all been a little scared to be around you. We didn’t know what else to do but to talk to you about it.”

“Yeah,” agreed #3. “Because you always said that if something scares us, we should come and talk to you. . . . And you kinda scare us.”

How would you respond to your children? Would you scold them for talking to each other before talking to you in private? Would you tell them that #4 is gossiping? That listening to her is participation in the slander? Would you admonish them for being disrespectful to you and your position of authority? Would you charge them with stirring up division in the family?

No, of course, you wouldn’t because you’re a loving father or a gentle mother. You would be humbled immediately by their honesty. You recognize that they are children, and you are the parent. You are in a position of authority, one that exists for their wellbeing.

You understand why they might be hesitant to talk to you about it alone, especially when you may have hurt them. You know why #4’s confession about her feelings allowed the others to share theirs. Approaching you together feels safer than coming alone.

Is it possible for a child to lie about you to get her siblings to side with her? Certainly! You may have even experienced that! But that is obviously not what is happening here. You respond with concern because you are the more mature one. As the one with the responsibility to care for them, you want to hear them. That would be true, even if there were missteps along the way. That’s what it means to be a mother or father.

How should an elder board respond when a small group of members approaches him to address concerns about how minorities are treated by leadership? How should a pastor respond when three or four women voice concern over a recent sermon?

Should he chastise them in public with a direct remark at a member meeting or a passive-aggressive “application” in his next sermon? Should he demand a list of everyone they talked to? Accuse them of gossip? Call them slanderers? Say he’ll look into the concerns and forbid them from ever speaking of it again? When it is discussed among the elders, should a pastor blurt out, “IF THE WOMEN HAD STAYED SILENT IN THE CHURCH, NONE OF THIS WOULD HAVE HAPPENED!”

Notice how Paul and his associates pastored the local church. “Although we could have been a burden as Christ’s apostles, instead we were gentle among you, as a nurse nurtures her own children” (1 Thess 2:7). “As you know, like a father with his own children, we encouraged, comforted, and implored each one of you to walk worthy of God, who calls you into his own kingdom and glory” (2:11-12). They acted as mothers do with babies, as fathers with young children.

Shouldn’t we be the same?